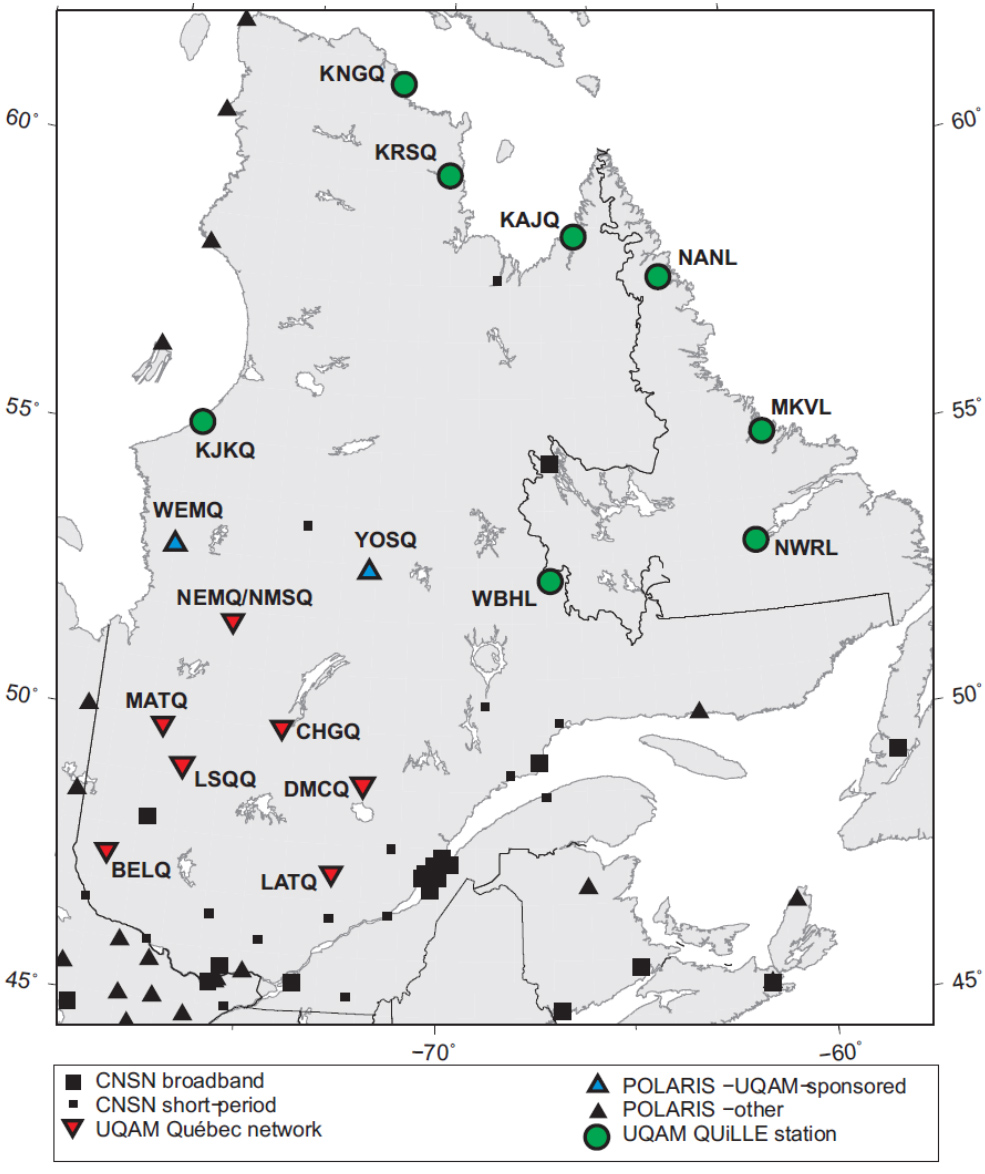 The seismology ‘laboratory’ consists of 17 broadband seismograph stations, situated in central and northern Québec and Labrador. The station locations in the network have been chosen to complement the coverage from existing networks in Canada (permanent stations of the Canadian National Seismograph Network (CNSN) and temporary stations associated with the POLARIS project : ‘Portable Observatories for Lithospheric Analysis and Research Investigating Seismicity’).

The seismograph network targets research in the following disciplines:

Map of UQAM seismograph stations and others in operation across the region.

All the data from the UQAM seismograph network are available from the archives of the Canadian National Data Centre (CNDC), Natural Resources Canada. For all information about the Canadian networks, and data acquisition, follow the links on the website http://earthquakescanada.nrcan.gc.ca/index-eng.php